One, a female, fell down and started crying. ... "If you don't stop hitting me, the dragon is going to get you." "Is not! ... "A big lizard with millions of teeth, eat you up if the dragon doesn't get you first. 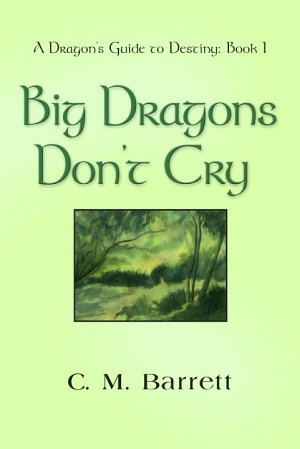 Morale in the country of Oasis has never been worse. The Earthers, a tree-hugging sect, fall on their knees at the name of the Earth Mother and beg forgiveness for their crimes against twigs and weeds. The Godlies preach penitence, suffering, and stifling self-righteousness and inspire their followers into submission with terrifying images of an afterlife spent being chased by a fire-breathing dragon.Most Oasans are more concerned about this life. They all fear the dragon in the swamp at the country's edge, but they don't know that he fears them, too. Druid, whose greatest talent is for putting out fires, steams up when he learns that a cunning opportunist intends to exploit dragonphobia and call for a communal dragon hunt so that he can level the swamp for suburban housing.Tara, a kitten with charisma, becomes Druid's ally. She'll need all her charm to enchant Serazina. This young human woman hides her ability to read emotions in order to avoid a stay in the Ward for the Chronically Crazy. Serazina gets into greater trouble when Phileas, Guardian of the troubled land, discovers that she can read minds, too, and targets her to be the mother of the heir he so badly needs.Phileas has more immediate problems. The would-be real estate mogul is spreading rumors that the Guardian is soft on dragons. His follow-up plan involves assassination. Dead dragons, dead Guardians: It's all one to a megalomaniac who dreams of domination.Somehow these four must overcome communication difficulties, mutual mistrust, and delusions of human superiority to save the country. Otherwise, even though Druid doesn't breathe fire, Oasis will be toast.From the Book:Orion stood on a ridge overlooking the city. As he swayed, exhausted and hungry, the threads of its winding, dirty streets seemed to tighten around his neck in a noose that limited both breath and freedom.His sister, Sekhmet, nuzzled him with her black nose. Lost in thought?Wishing you’d waited a year or so to haul me away from the good life.We thought we’d better get on the road before you wore out your equipment, Mr. Tomcat Stud.Orion’s other sister, Bast, trotted toward them, her white fur gleaming in starlight. We’ve come to the right place. The pull is strong.Praise the Many-Taloned One, Sekhmet said. My paws are killing me.The lights of the city flickered in eye-burning imitation of the starry sky. It’s not going to be easy, Orion said. The smell alone makes me gag. It’s not just the physical stench, but also the foul odor of self-righteousness and fear. And some of the fear is mine. I’ve never failed before.Big Dragons Don't Cry highlights the separation between humans and the rest of life that allows ecological disasters to unfold.I used the medium of fantasy to imagine new possibilities:What would the world be like if humans and animals understood and respected each other?What could humans learn if we no longer saw ourselves as apart from nature but entered wholeheartedly into the dance of life? We might trip over our feet at first, but practice makes improvement. 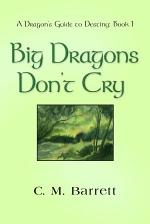 Authors: C. M. Barrett
Categories: Fiction
Morale in the country of Oasis has never been worse. The Earthers, a tree-hugging sect, fall on their knees at the name of the Earth Mother and beg forgiveness for their crimes against twigs and weeds. The Godlies preach penitence, suffering, and stifling self-righteousness and inspire their followers into submission 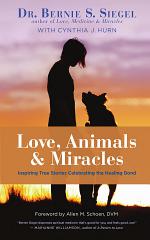 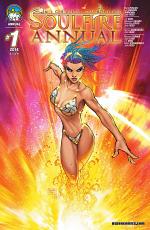 Authors: C. M. Barrett
Categories: Fiction
A depressed dragon, impudent kitten, and frightened young woman make an unlikely trio to save the dragon's swamp and lead humans to wholeness. They need the help of the country's leader, but he ignores animals, fears the dragon, and wants the young woman to be the mother of the heir 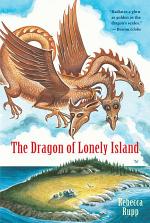 The Dragon of Lonely Island

Authors: Rebecca Rupp
Categories: Juvenile Fiction
"Rebecca Rupp's magical tale . . . radiates a glow as golden as the dragon's scales." – Boston Globe Hannah, Zachary, and Sarah Emily are spending the summer at their great-aunt Mehitabel's house on faraway Lonely Island. There, in a cave hidden high above the ocean, they discover a fabulous