She is the author or coeditor of six books and numerous articles on matters relating to family, gender roles and sexuality in nineteenth-century Britain and America, including Invisible Men: Fatherhood in Victorian Periodicals, ... 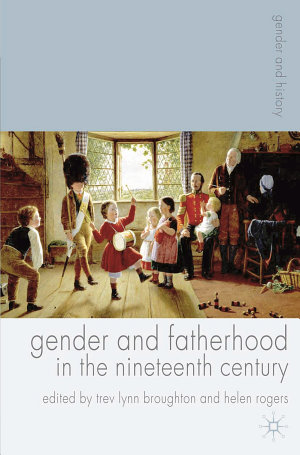 Despite current debate over the paternal role, fatherhood is a relatively new area of investigation in literary, historical and cultural studies. The contributors to this illustrated, interdisciplinary volume - one of the first extended investigations of paternity in 19th century Britain and its empire - penetrate the stereotype of the Victorian paterfamilias to uncover intimate and involved, authoritarian and austere fathers. Finding surprising precursors of the 'new man' and the 'lone father', Trev Lynn Broughton and Helen Rogers provide an essential overview of changing ideologies and practices of fatherhood as the family acquired its distinctively modern form. Gender and Fatherhood in the Nineteenth Century: - Offers nuanced re-readings of artistic and literary representations of domesticity, investigations of fathering at home and at work, and of legal, political and religious discourses, suggesting that fatherhood generated more anxiety and debate than previously acknowledged. - Explores how traditional conceptions of paternal authority worked to accommodate the 'cult of motherhood'. - Examines how paternal power was embedded in social institutions. - Shows how models of social fatherhood provided powerful men with a means of negotiating their relationship with working-class men and colonized subjects. As these innovative essays demonstrate, the history of fatherhood can illuminate our understanding of class, society and empire as well as of gender and the family. Together they form an indispensable resource for anyone studying Victorian fatherhood as part of a history, literature, art, social or cultural studies course. 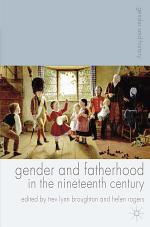 Gender and Fatherhood in the Nineteenth Century

Authors: Trev Lynn Broughton, Helen Rogers
Categories: Social Science
Despite current debate over the paternal role, fatherhood is a relatively new area of investigation in literary, historical and cultural studies. The contributors to this illustrated, interdisciplinary volume - one of the first extended investigations of paternity in 19th century Britain and its empire - penetrate the stereotype of the 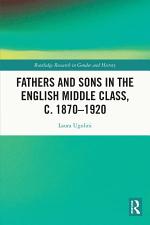 Authors: Laura Ugolini
Categories: History
This book explores the relationship between middle-class fathers and sons in England between c. 1870 and 1920. We now know that the conventional image of the middle-class paterfamilias of this period as cold and authoritarian is too simplistic, but there is still much to be discovered about relationships in middle-class 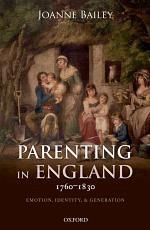 Authors: Joanne Bailey
Categories: History
The first study of the world of parenting in late Georgian England. Based on extensive and wide-ranging sources from memoirs and correspondence, to fiction, advice guides, and engravings, Bailey uncovers how people, from the poor to the rich, thought about themselves as parents and remembered their own parents. 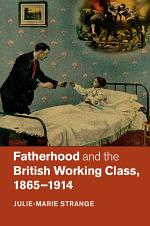 Authors: Julie-Marie Strange
Categories: History
A pioneering study of Victorian and Edwardian fatherhood, investigating what being, and having, a father meant to working-class people. Based on working-class autobiography, the book challenges dominant assumptions about absent or 'feckless' fathers, and reintegrates the paternal figure within the emotional life of families. Locating autobiography within broader social and 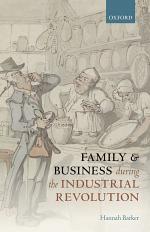 Family and Business During the Industrial Revolution

Authors: Hannah Barker
Categories: Business & Economics
Small businesses were at the heart of the economic growth and social transformation that characterized the industrial revolution in eighteenth and nineteenth century Britain; this monograph examines the economic, social, and cultural history of some of these forgotten businesses and the men and women who worked in them and ran