In Hannah's Heirs, Dr Pollen tells the compelling story of Hannah's family and their monumental contributions to the fight against Alzheimer's disease. 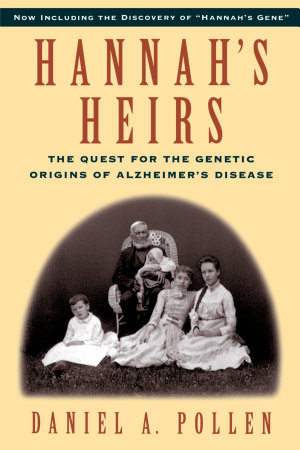 The internationally acclaimed story of Hannah's Heirs now resumes in this updated paperback edition with the discovery in June, 1995 of Hannah's gene--now known to account for the majority of mutations causing early onset familial Alzheimer's disease--and the equally important identification of the major genetic risk factor rendering increased susceptibility to the more frequently occurring late-onset Alzheimer's. With these recent discoveries, medical science is now poised to reach for an understanding of the causes of the various forms of Alzheimer's disease which, in turn, will inevitably lead to rational attempts to treat and prevent Alzheimer's. This fascinating medical detective story of modern science's promising assault on "the disease of the century" continues to unfold with suspense and to inform and inspire through the final word. In Hannah's Heirs, neurologist Dr. Dan Pollen himself tells the compelling story of Hannah's family and their monumental contributions to the fight against Alzheimer's. We are there in 1985 when Charles presents Pollen with three decades' worth of family medical records as well as data from studies that even Pollen and his associates did not then know existed. We see the selfless acts of Hannah's descendants in their struggle against Alzheimer's: great-grandson Jeff's conviction that after his death his brain be used for all possible research; great-granddaughter Lucy's decision to overcome her dread of flying in order to reach the research center for testing; and Charles's continued research in the face of a disease that might strike him at any moment. Pollen sets this gripping story within the larger context of the efforts to solve the mysteries of Alzheimer's. He presents the foundations of modern genetic research, from Gregor Mendel's classic discovery of genes, to Alois Alzheimer's work on the brains of presenile dementia victims, to Watson and Crick's double helix model for the structure of DNA. He narrates the latter-twentieth-century efforts of scientists to systematically narrow down the causes of Alzheimer's: Carlton Gajdusek's research excluding slow viruses as a cause of Alzheimer's; and the stunning discovery of Peter St. George-Hyslop's group in Toronto in June, 1995 identifying Hannah's gene and thereby opening a new era in understanding the origins of Alzheimer's disease. At the same time, Pollen offers a penetrating look at the ongoing conflicts involved in scientific research, revealing how intense competition for prestige and funding has driven some scientists to hoard precious cell lines. These practices have impeded efforts to discover both the causes and the treatment of Alzheimer's in the shortest possible time. As Hannah's great-grandson Ben has written, "This is a story that had to be told. Aspirations were transcendent, but because it involved people it could not be told without tears." Written by a physician-scientist who has been a central figure in the study of familial Alzheimer's, Hannah's Heirs is an inspiring portrait of the efforts of a courageous family to confront and overcome a "personal biological Holocaust," and an encouraging look at the advances in science that have created the basis for the eventual understanding and treatment of Alzheimer's disease. And for those who have seen the horrors of Alzheimer's, for all who fear the aging process that will take its toll on everyone, here is an inside look at one of the great medical detective stories of our time. 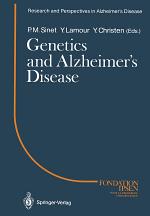 Authors: Pierre M. Sinet, Yvon Lamour
Categories: Medical
This volume contains the proceedings of the meeting Genetics and Alzheimer's Disease held in Paris, on March 25,1988, by the Fondation Ipsen pour la Recherche Therapeuti que. This meeting was the second of the series of Colloques Medecine et Recherche devoted to Alzheimer's disease. The first one was held in 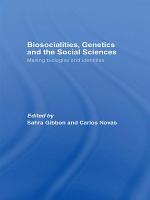 Biosocialities, Genetics and the Social Sciences

Authors: Sahra Gibbon, Carlos Novas
Categories: Health & Fitness
Biosocialities, Genetics and the Social Sciences explores the social, cultural and economic transformations that result from innovations in genomic knowledge and technology. This pioneering collection uses Paul Rabinow’s concept of biosociality to chart the shifts in social relations and ideas about nature, biology and identity brought about by developments in 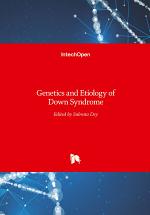 Genetics and Etiology of Down Syndrome

Authors: Subrata Dey
Categories: Medical
This book provides a concise yet comprehensive source of current information on Down syndrome. Research workers, scientists, medical graduates and paediatricians will find it an excellent source for reference and review. This book has been divided into four sections, beginning with the Genetics and Etiology and ending with Prenatal Diagnosis 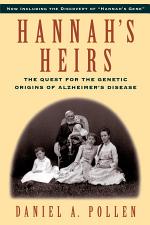 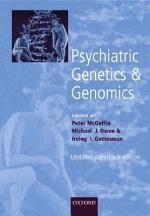 Authors: Peter McGuffin, Michael J Owen, Irving I Gottesman
Categories: Medical
Genetics promises to provide one of the most powerful approaches to understanding the functional pathology of the human brain. This book starts with a brief introduction to the relevant molecular and cellular biology and then moves on to cover the evidence for a genetic contribution to normal and abnormal development