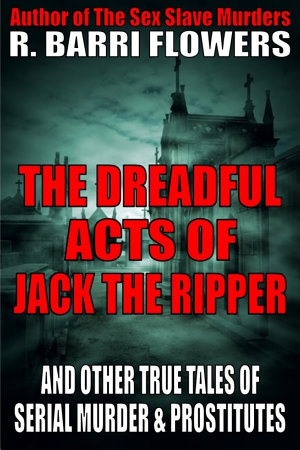 From award-winning criminologist R. Barri Flowers and the bestselling author of Dead at the Saddleworth Moor, Prostitution in the Digital Age, and The Sex Slave Murders, comes the gripping historical true crime book, The Dreadful Acts of Jack the Ripper and Other True Tales of Serial Murder and Prostitutes. The renowned Ripperologist taps into his expertise on serial murderers and sex trade workers in offering an in-depth look at four noteworthy cases in which the two worlds collide frighteningly. Jack the Ripper, the infamous and unidentified Victorian serial killer of at least five prostitutes in the dangerous section of London, known as Whitechapel, in 1888. The Ripper, who slashed and horribly mutilated his sex worker victims, set the tone for diabolical, vicious, serial slayers to follow for all time. Aileen Wuornos was an American prostitute, who doubled as a serial killer in murdering seven johns in Florida between 1989 and 1990. She claimed they tried to or succeeded in raping her during the course of prostituting herself. In the process, Wuornos ended up being apropos for this book as a sex worker and serial predator. Kendall Francois was an African American serial killer, dubbed the “Poughkeepsie Killer,” who strangled to death eight streetwalker prostitutes in Poughkeepsie, New York, between 1996 and 1998. Francois used his own residence as a horrifying house of homicides and burial ground. The Edmonton Serial Killer represented one or more mostly unidentified serial killers who targeted and murdered dozens of prostitutes in the city of Edmonton in Alberta, Canada, between the mid-1970s and the early 2000s, and possibly beyond that. The sex trade worker victims were often picked up in the city’s red-light district stroll, murdered, and dumped in various killing fields in rural areas around Edmonton. The book will also chronicle the infamous and colorful 19th century New Orleans prostitute and serial killer, Mary Jane Jackson, and modern-day American serial killers of prostitutes, Walter Ellis, nicknamed the “North Side Strangler,” and Vincent Johnson, dubbed the “Brooklyn Strangler.” Included is a bonus true crime short on Douglas Clark and Carol Bundy, a serial killer couple who targeted prostitutes on the Sunset Strip in West Hollywood, California; as well as excerpts from two fascinating historical true tales of child murder, serial murder, and jealous rage. For fans of true crime tales and literary criminology, this gripping volume written by someone with the verisimilitude that the subject matter merits will surely hold your attention from start to finish. 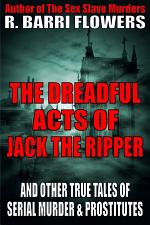 Authors: R. Barri Flowers
Categories: True Crime
From award-winning criminologist R. Barri Flowers and the bestselling author of Dead at the Saddleworth Moor, Prostitution in the Digital Age, and The Sex Slave Murders, comes the gripping historical true crime book, The Dreadful Acts of Jack the Ripper and Other True Tales of Serial Murder and Prostitutes. The 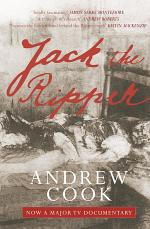 Authors: Andrew Cook
Categories: True Crime
Finally solves the mystery of the Victorian serial killer who murdered and mutilated up to 11 women in London in 1888. 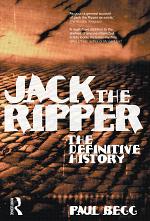 Authors: Paul Begg
Categories: History
'The clearest, most accurate, and most up-to-date account of the Ripper murders, by one of Britain's greatest and most respected experts on the "autumn of terror" in Victorian London.' William D. Rubenstein, Professor of Modern History, University of Wales, Aberystwyth England in the 1880s was a society in transition, shedding 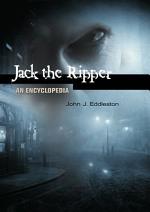 Authors: John J. Eddleston
Categories: Social Science
A detailed and meticulously researched encyclopedia on all aspects of Jack the Ripper, one of the world's most famous, and mysterious, serial killers. * 450+ entries arranged around themes such as suspects, victims, police, myths, and errors * Verbatim accounts of eight important letters written at the times of the 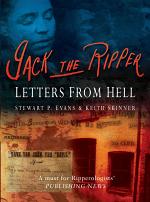 Jack the Ripper: Letters from Hell

Authors: Keith Skinner, Stewart P Evans
Categories: True Crime
The name Jack the Ripper is instantly recognised throughout the world, yet many people are unaware that the famous nickname first appeared in a letter or that this was where the whole legend of Jack the Ripper really began. This title poses a controversial question: was Jack the Ripper merely