This is a major reinterpretation of ancient philosophy that recovers the long Greek and Roman tradition of philosophy as a complete way of life--and not simply an intellectual discipline. 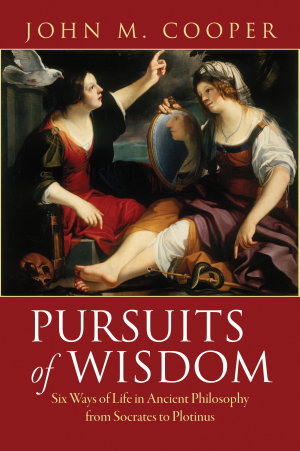 This is a major reinterpretation of ancient philosophy that recovers the long Greek and Roman tradition of philosophy as a complete way of life--and not simply an intellectual discipline. Distinguished philosopher John Cooper traces how, for many ancient thinkers, philosophy was not just to be studied or even used to solve particular practical problems. Rather, philosophy--not just ethics but even logic and physical theory--was literally to be lived. Yet there was great disagreement about how to live philosophically: philosophy was not one but many, mutually opposed, ways of life. Examining this tradition from its establishment by Socrates in the fifth century BCE through Plotinus in the third century CE and the eclipse of pagan philosophy by Christianity, Pursuits of Wisdom examines six central philosophies of living--Socratic, Aristotelian, Stoic, Epicurean, Skeptic, and the Platonist life of late antiquity. The book describes the shared assumptions that allowed these thinkers to conceive of their philosophies as ways of life, as well as the distinctive ideas that led them to widely different conclusions about the best human life. Clearing up many common misperceptions and simplifications, Cooper explains in detail the Socratic devotion to philosophical discussion about human nature, human life, and human good; the Aristotelian focus on the true place of humans within the total system of the natural world; the Stoic commitment to dutifully accepting Zeus's plans; the Epicurean pursuit of pleasure through tranquil activities that exercise perception, thought, and feeling; the Skeptical eschewal of all critical reasoning in forming their beliefs; and, finally, the late Platonist emphasis on spiritual concerns and the eternal realm of Being. Pursuits of Wisdom is essential reading for anyone interested in understanding what the great philosophers of antiquity thought was the true purpose of philosophy--and of life. 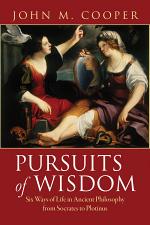 Authors: John M. Cooper
Categories: Philosophy
This is a major reinterpretation of ancient philosophy that recovers the long Greek and Roman tradition of philosophy as a complete way of life--and not simply an intellectual discipline. Distinguished philosopher John Cooper traces how, for many ancient thinkers, philosophy was not just to be studied or even used to 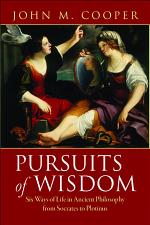 Authors: John Madison Cooper
Categories: Philosophy
"Since Socrates, philosophy has been concerned with how we ought to live. But the sense in which philosophy must be an ineluctably practical activity has become obscured. How could philosophy have ever conceived of itself as centrally concerned with its own therapeutic value? In Pursuits of Wisdom, John Cooper brings 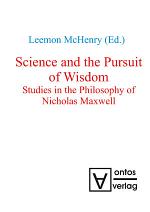 Science and the Pursuit of Wisdom

Authors: Leemon McHenry
Categories: Philosophy
Nicholas Maxwell's provocative and highly-original philosophy of science urges a revolution in academic inquiry affecting all branches of learning, so that the single-minded pursuit of knowledge is replaced with the aim of helping people realize what is of value in life and make progress toward a more civilized world. This 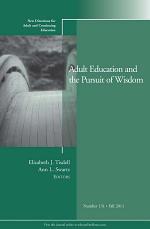 Adult Education and the Pursuit of Wisdom

Authors: Elizabeth J. Tisdell, Ann L. Swartz
Categories: Education
Delve into the nature and mystery of wisdom in adulteducation, and what it might mean for the practiceof adult education in the complexity of changing times. This issue begins with a look at the nature of wisdom, thewisdom of nature, and how it relates to current issues in the fieldof 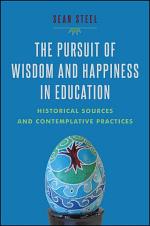 The Pursuit of Wisdom and Happiness in Education

Authors: Sean Steel
Categories: Education
Explores the nature and role of wisdom in education. Modern scholarship has struggled to come to terms with the meaning of wisdom and its significance in the field of education. This book examines the importance of pursuing wisdom in schools by turning to ancient and medieval sources for clarification concerning