This book was published as a special issue of Mediterranean Politics. 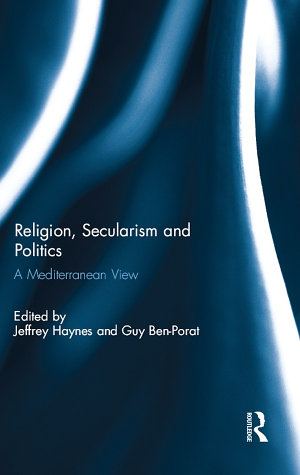 Political debates in many Mediterranean countries today are increasingly framed in dichotomous terms, highlighting divisions between religious and secular worldviews. The role of religion in public life or, put another way, the ‘public return of religion’, is a pertinent and controversial political question everywhere in the Mediterranean region. How do we explain this phenomenon? On the one hand, we can point to both economic and demographic changes, while, on the other, we can trace the impact of continuing secularisation. Together these two sets of developments produce new challenges to existing political arrangements. This book examines the contemporary interaction of religion and politics in the Mediterranean region with a specific focus on democratization and democracy and the role in this context of selected religious actors. Individual contributions focus on several European countries (France, Italy and Turkey), while others are concerned with states in the Middle East and North Africa (Egypt, Israel, Morocco, and Tunisia). Among European countries, France is widely regarded as a highly secular country, with over 50% of people regarding themselves as ‘without religion’. Morocco, on the other hand, is a much more religious country, measured by the fact that an estimated 94.5% of Moroccans self-identify themselves as Muslims. The specific country studies were selected because, whether they are ‘religious’ or not, each case has current controversies involving both religious and secular actors which impact upon key political relationships, centrally involving religion, secularization and democratization/democracy. This book was published as a special issue of Mediterranean Politics.