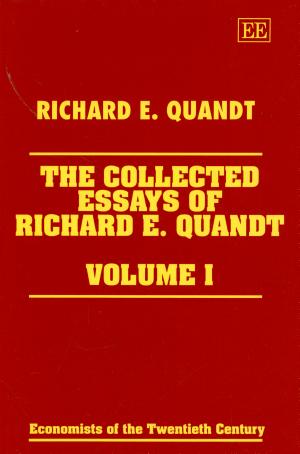 Professor Richard Quandt has made a major contribution to the development of economics in the 20th century. The range and significance of his work has long required a collection of his essays which will allow his contribution to be assessed as a whole. Despite an early interest in microeconomic theory, Richard Quandt has devoted most of his career to econometrics and, in particular, modal split estimation. More recently his work has focused on the econometrics of disequilibrium models with reference to both free market and planned economies. As well as outlining his many articles in microtheory, general econometrics, disequilibrium modeling, financial economics and the economics of planned economies, this collection should have a particular value for all scholars interested in the emergence of the new economies in Eastern Europe, a subject to which Professor Quandt has applied himself in recent years. This book includes an introduction by Professor Quandt describing his early life in Budapest and the circumstances which led him to study economics in America.