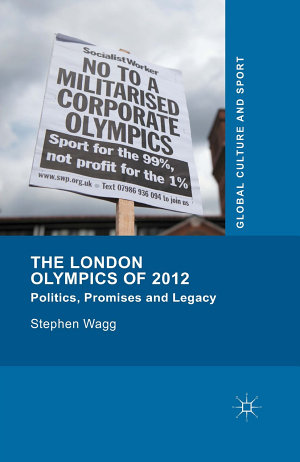 Analysing the politics of the 2012 London Olympics, Stephen Wagg examines the framing of London's bid to host the Games, arguments about the Games' likely impact and the establishment of 'Fortress London' to protect the Games. The book asks who won, and who lost out, in this important event as well as exploring its media coverage and legacy.