rTT TAMI * T , , or 4- B - Fhe Man Next HDeer # T LI Emerson Hough Made in the United States of America THE MAN NEXT DOOR BY EMERSON HOUGH Author of THE. Published by the Library of Alexandria "'Well,' says she, 'we never played ... 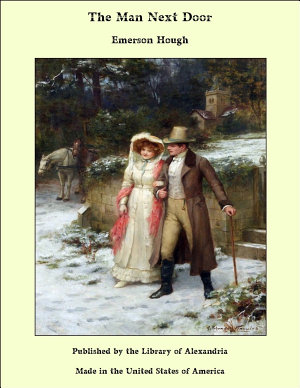 Bonnie Bell was her real name—Bonnie Bell Wright. It sounds like a race horse or a yacht, but she was a girl. Like enough that name don't suit you exactly for a girl, but it suited her pa, Old Man Wright. I don't know as she ever was baptized by that name, or maybe baptized at all, for water was scarce in Wyoming; but it never would of been healthy to complain about that name before Old Man Wright or me, Curly. As far as that goes, she had other names too. Her ma called her Mary Isabel Wright; but her pa got to calling her Bonnie Bell some day when she was little, and it stuck, especial after her ma died. That was when Bonnie Bell was only four years old, that her ma died, and her dying made a lot of difference on the ranch. I reckon Old Man Wright probably stole Bonnie Bell's ma somewhere back in the States when he was a young man. She must of loved him some or she wouldn't of came to Wyoming with him. She was tallish, and prettier than any picture in colors—and game! She tried all her life to let on she liked the range, but she never was made for it. Now to see her throw that bluff and get away with it with Old Man Wright—and no one else, especial me—and to see Old Man Wright worrying, trying to figure out what was wrong, and not being able to—that was the hardest thing any of us ever tried. The way he worked to make the ma of Bonnie Bell happy was plain for anybody to see. He'd stand and look at the place where he seen her go by last, and forget he had a rope in his hand and his horse a-waiting. We had to set at the table, all three of us, after she died—him and the kid and me—and nobody at the end of the table where she used to set—her always in clothes that wasn't just like ours. I couldn't hardly stand it. But that was how game Old Man Wright was. He wasn't really old. Like when he was younger, he was tall and straight, and had sandy hair and blue eyes, and weighed round a hundred and eighty, lean. Everybody on the range always had knew Old Man Wright. He was captain of the round-up when he was twenty and president of the cattle association as soon as it was begun. I don't know as a better cowman ever was in Wyoming. He grew up at it. 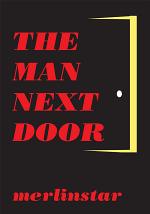 Authors: Gray Goe
Categories: Fiction
Go with a man who travels through an adventure who simply wants to take an nap on his front porch swing. in a dream, or was it two, or a dream within a dream. He speaks about a mental problem he has but from experience. He believes he would not 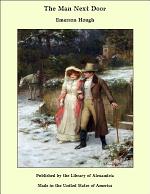 Authors: Emerson Hough
Categories: Authors, American
Bonnie Bell was her real name—Bonnie Bell Wright. It sounds like a race horse or a yacht, but she was a girl. Like enough that name don't suit you exactly for a girl, but it suited her pa, Old Man Wright. I don't know as she ever was baptized by 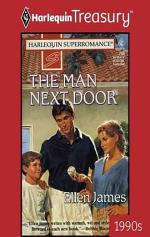 Authors: Ellen James
Categories: Fiction
"Ellen James writes with warmth, wit and style. I look forward to each new book."—Debbie Macomber Michael Turner is the man next door and he's got problems! He's an ex-cop turned P.I., who's pretending to be a writer. His partner—normally the most rational of women—is pretending she's pregnant. His eleven-year-old 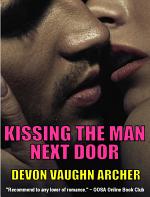 Kissing the Man Next Door

Authors: Devon Vaughn Archer
Categories: Fiction
Kissing the Man Next Door is a powerful and sexy relationship novel from the award-winning and bestselling romance writer Devon Vaughn Archer. Hairstylist Mackenzie Reese is feeling fabulous and free! Her teenage son has gone cross-country to live with her ex, so Mackenzie's got a new lease on life--no men,