IMAGINING THE MYSTERY THE RESURRECTION AND THE VISUAL MEDIUM IN THE MIDDLE AGES To this day , when theologians debate about the meaning of the resurrection , they agree on one thing : that the resurrection forms the core of Christian ... 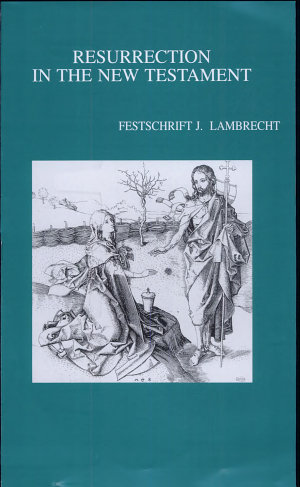 Resurrection in the New Testament is a Festschrift offered to J. Lambrecht on the occasion of his seventy-fifth birthday. Among the many scholarly interests of Professor Lambrecht the theme of the resurrection seemed best suited to honour his academic achievement. The 27 contributions cover many of the books of the New Testament. The first two articles in this volume discuss influences on the New Testament treatment of resurrection from the Greco-Roman (Dieter Zeller) and Jewish (Daniel J. Harrington) backgrounds. H.J. de Jonge considers visionary experiences of the Old Testament as an interpretive clue for understanding New Testament references to appearances. The articles by Martin Rese, Benoit Standaert, Otfried Hofius, and Gergely Juhasz deal with interpretive questions that range through several books of the New Testament and to varying degrees again bring into discussion previously debated issues. From this point, with the exception of the final two, the articles appear in canonical order. Adelbert Denaux and Wim J.C. Weren treat issues in Matthew, John Gillman in Luke-Acts, Maarten J.J. Menken and Thomas Soding in John, John J. Kilgallen and Florence Morgan Gillman in Acts, Veronica Koperski, Margaret E. Thrall, and Johan S. Vos in the Pauline letters in general, Morna D. Hooker and Eduard Lohse in Romans, Joel Delobel and Peter J. Tomson in 1 Corinthians, Frank J. Matera in 2 Corinthians, John Reumann in Philippians, Raymond F. Collins in the Pastoral Epistles, and Jacques Schlosser in 1 Peter. Joseph Verheyden discusses the witness of Mary Magdalene and the Women at the tomb in the extra-canonical Gospel of Peter. Finally, Barbara Baert contributes a discussion on how the Resurrection was portrayed in visual art during the Middle Ages, with striking illustrative examples. 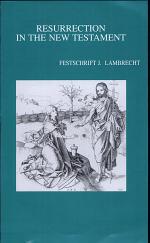 Resurrection in the New Testament

Authors: Jan Lambrecht
Categories: Religion
Resurrection in the New Testament is a Festschrift offered to J. Lambrecht on the occasion of his seventy-fifth birthday. Among the many scholarly interests of Professor Lambrecht the theme of the resurrection seemed best suited to honour his academic achievement. The 27 contributions cover many of the books of the 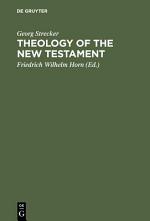 Theology of the New Testament

Authors: Georg Strecker
Categories: Religion
Contents are the theological conceptions of the authors of the New Testament, considered from systematic viewpoints, in the following sequence: Paul, the synoptics (Jesus, the saying-source), the Johannine literature (including the Apocalypse of John), the deutero-Pauline writings, the catholic epistles. 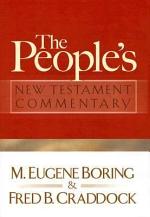 Authors: M. Eugene Boring, Fred B. Craddock
Categories: Religion
Biblical scholars Boring and Craddock examine the theological themes and messages of Scripture that speak to the life of discipleship. Their work clarifies matters of history, culture, geography, literature, and translation, enabling people to listen more carefully to the text 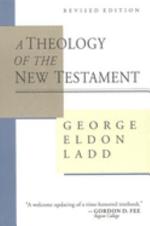 A Theology of the New Testament

Authors: George Eldon Ladd
Categories: Religion
Ladd's magisterial work on New Testament theology has well served scores of seminary students since 1974. Now this comprehensive, standard evangelical text has been carefully revised by Hagner to include an update of Ladd's survey of the history of the field of New Testament theology, an augmented bibliography, and an 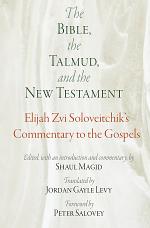 The Bible, the Talmud, and the New Testament