Tôkyô Zombie would be a strange movie even without the zombies, as is evidenced by these images. © Toshiba Entertainment Shot in 2003, e Roost played several festivals before eventually receiving a DVD release in late 2006. 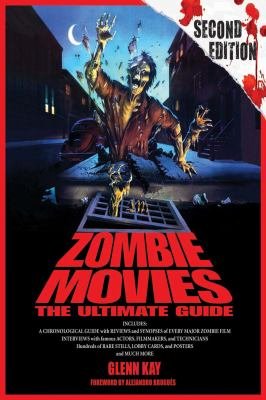 Featuring chronological reviews of more than 300 zombie films—from 1932's White Zombie to the AMC series The Walking Dead—this thorough, uproarious guide traces the evolution of one of horror cinema's most popular and terrifying creations. Fans will learn exactly what makes a zombie a zombie, go behind the scenes with a chilling production diary from Land of the Dead, peruse a bizarre list of the oddest things ever seen in undead cinema, and immerse themselves in a detailed rundown of the 25 greatest zombie films ever made. Containing an illustrated zombie rating system, ranging from "Highly Recommended" to "Avoid at All Costs" and "So Bad It's Good," the book also features lengthy interviews with numerous talents from in front of and behind the camera. This updated and expanded second edition contains more than 100 new and rediscovered films, providing plenty of informative and entertaining brain food for movie fans.