Part Two THE LAND OF THE WINTER MOON Under the winter moon's pale light, across the cold and starry night, from snowy mountains soaring high to ocean shores echoes the cry. From barren sands to verdant fields, from city streets to ... 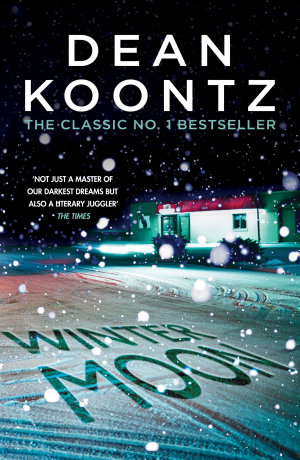 A peaceful ranch... or a house of terror? The tension builds to a stunning climax in Dean Koontz's powerful thriller, Winter Moon. Perfect for fans of Harlan Coben and Stephen King. 'America's most popular suspense novelist' - Rolling Stone Eduardo is a lonely retiree living on his isolated Montana ranch. His life is peaceful, until one night he is awakened by a fearful throbbing sound and eerie lights in the woods. More mysterious and disturbing events follow over the next few months. Eduardo begins to fear for his sanity and his life, until the terrible night when someone - or something - knocks on his back door... One lovely spring morning in Los Angeles, cop Jack McGarvey is hammered by submachine-gun fire when a madman goes berserk. He barely survives. Jack longs to move his wife and son to a more peaceful place away from the city, but he feels utterly powerless and without prospects. In their hour of desperation, the McGarvey family receives an unexpected inheritance in the shape of a sprawling ranch in one of the most beautiful, peaceful places in the country: Montana. The family sets out from Los Angeles to begin their new life, unaware that the terror-riddled city will soon seem like a safe haven compared to what lies ahead. What readers are saying about Winter Moon: 'The stark contrast between the man-made dangers of LA and the other-worldly, spooky dangers of the Montana wilderness is really well done' 'One of his best books I've read. If you love horror and deep-thinking and you love that fear of the unknown, then this book is definitely for you' 'Hats off to the great Mr Koontz for taking the imagination on the rollercoaster ride of a lifetime'